Featured all over the S/S18 runways, yellow is proving to be the colour of the season.  While Pantone has named Meadowlark 13-0646 the key colour for S/S18, every variant of yellow appeared on the runways.  Golden egg yolk made a big statement in head-to-toe ensembles from Carolina Herrera and Elie Saab, while enlivening floral prints at Alice McCall. 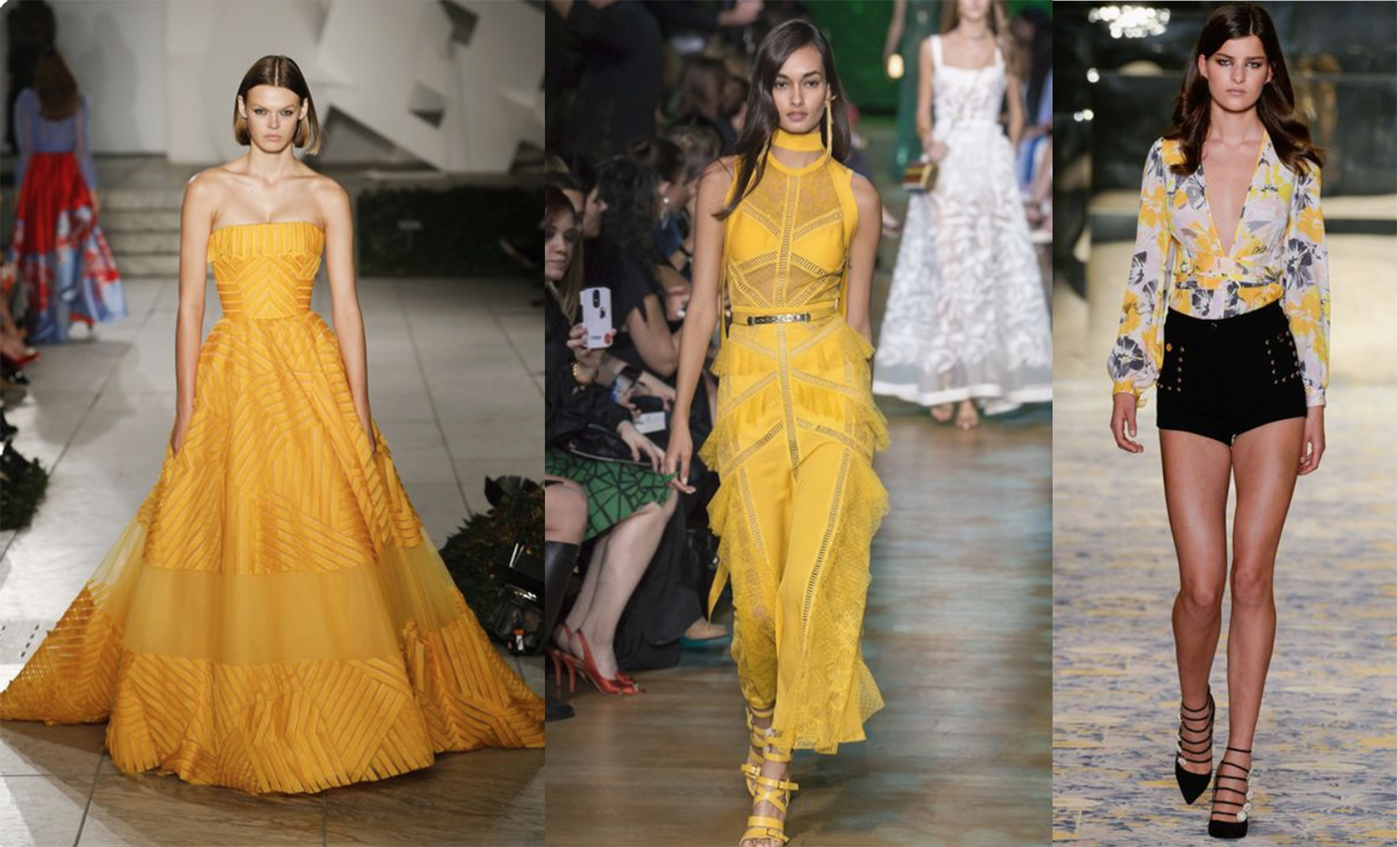 Pops of highlighter yellow were right at home in the athleisure infused world of Fenty x Puma.

Subtler shades of yellow were also present, adding freshness to the flowing chiffon pieces of Teresa Helbig and the delicate lace of Chanel. 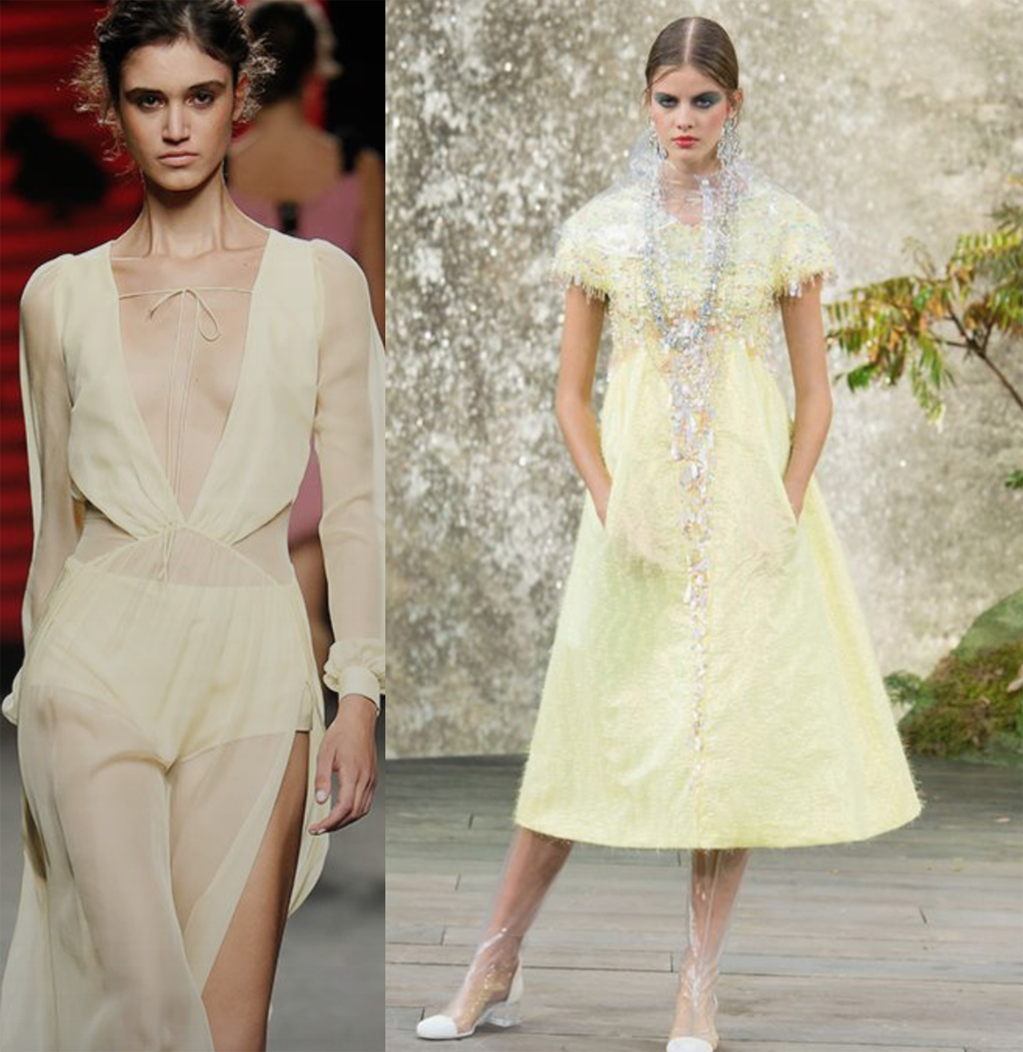 Pastel yellow also appeared as a ground for feminine floral prints at Carla Ruiz and Self-Portrait. 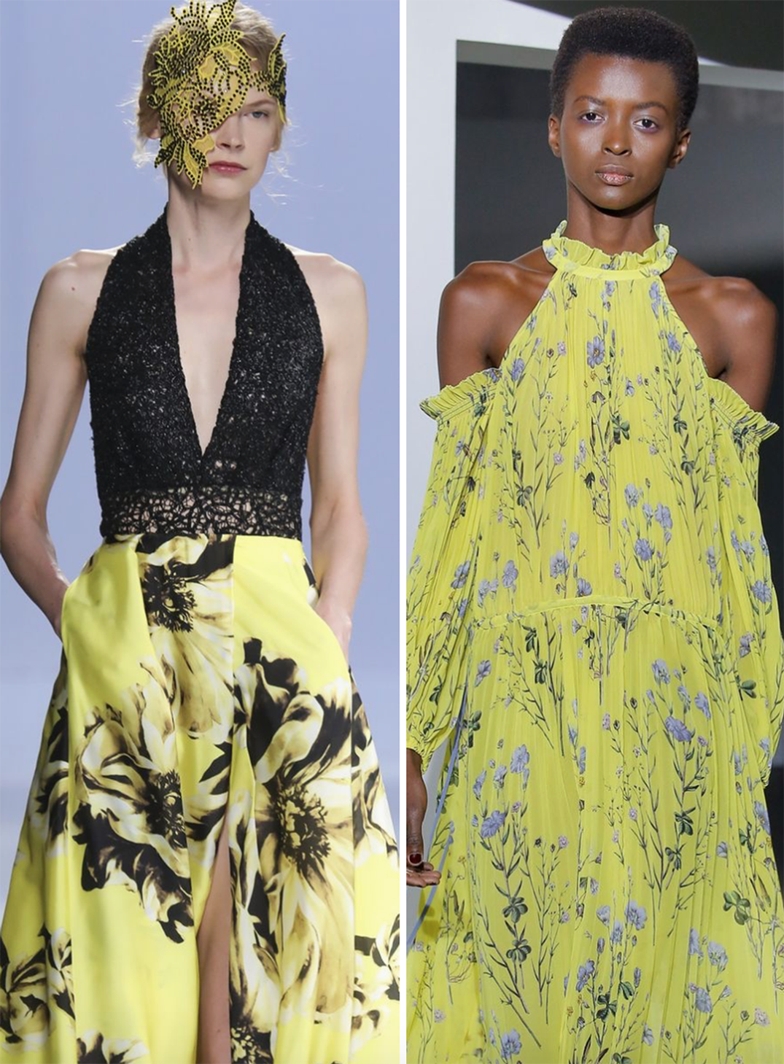 This pairing of yellow and black is one of the key colour combinations of the season.

We were also drawn to the reoccurring combination of yellow and pink, as seen on Richard Quinn, Roksanda, and Calvin Klein 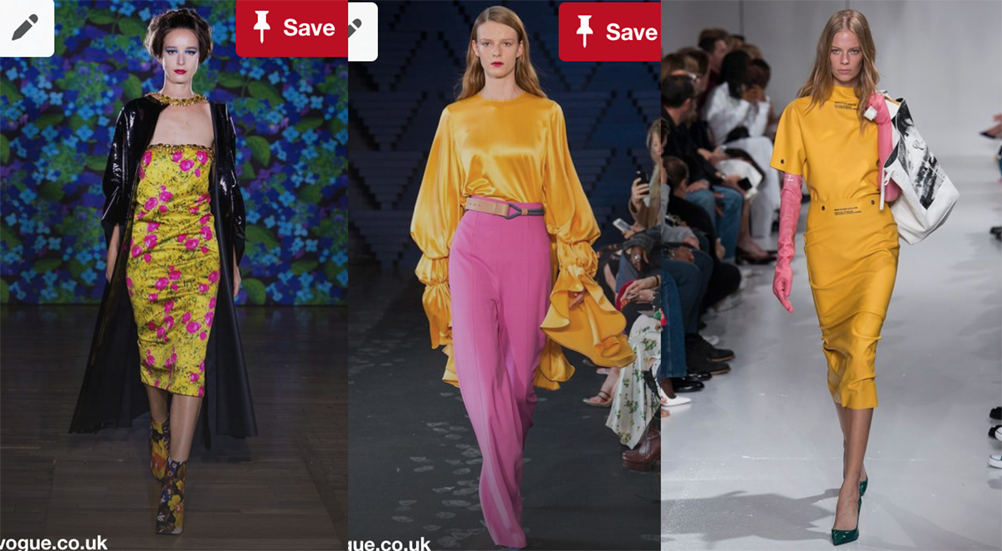 From all over looks to prints, yellow infused every surface. 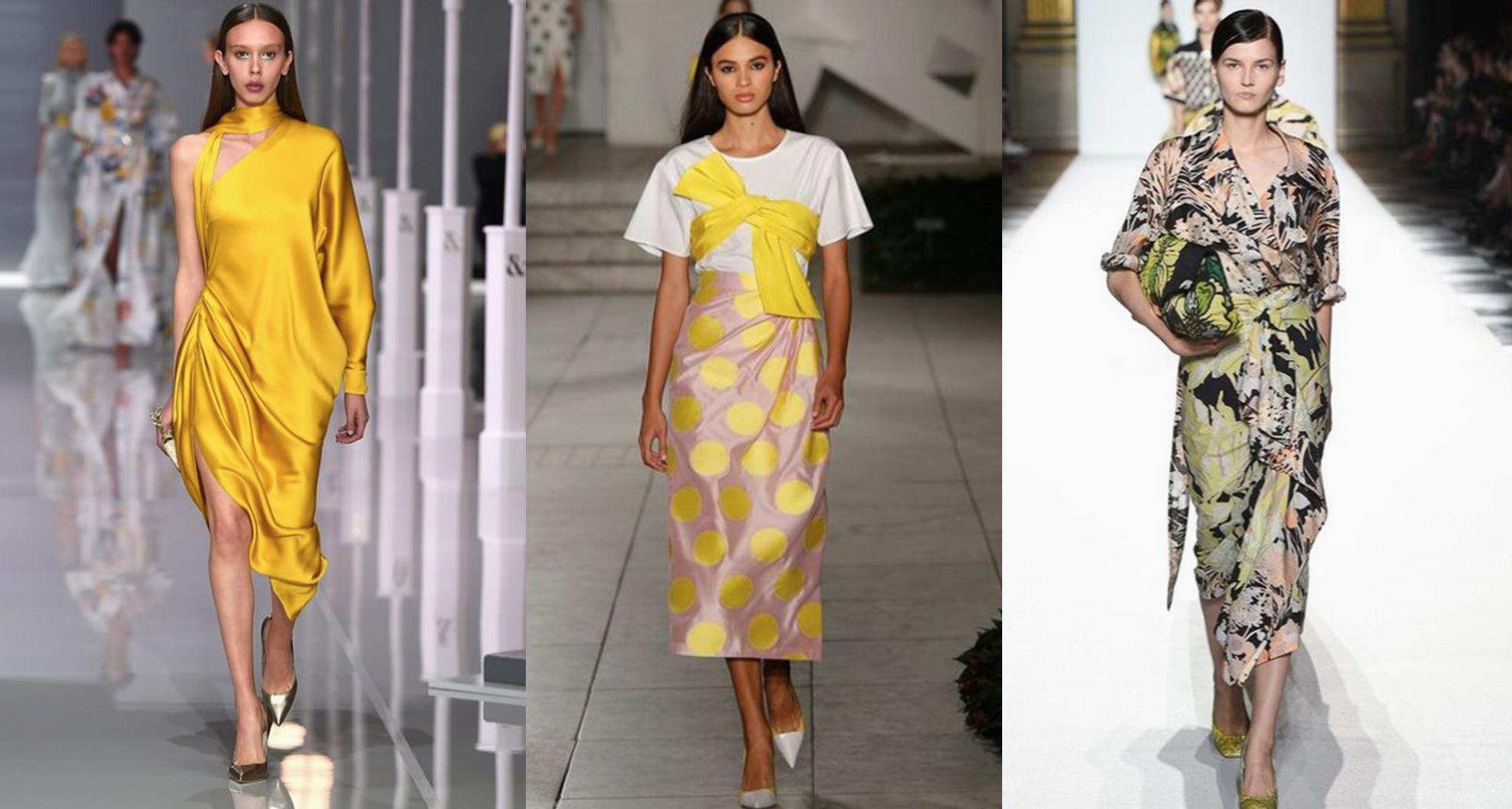 Even footwear got involved!